No, nothing terrible has happened that might tempt me to utter the dreaded f-word. I was just perusing old files and found an article I'd written about the use of cussing in literature, especially in novels for youth. I wrote it back when I first published THE TRAZ and at the time I deemed the issue quite controversial.

Since then, having fielded no complaints from anyone about the use of f**** in THE TRAZ and FATAL ERROR, I'm wondering if I was all worried and tense about something with which the rest of the world is quite fine.

Some say swearing in dialogue makes the story realistic—that that’s how people talk in real life, it’s what kids hear on the playground, on TV, and in song lyrics'.

Others say that just because people in real life swear—it doesn’t mean it makes good literature.  After all, there are lots of things people do in real life (such as bathroom duties) that we don’t especially care to read about.


I think both points of view are valid—unless the cussing is doing something to move the story forward or enrich the drama, the f-word is not something that looks good on paper.  For some reason, cussing is more stark and dramatic when written than when spoken. I’d scarcely notice the ‘f-word’ in conversation with someone prone to use it—but I wouldn’t miss it if written.

One of the discussion questions in the Teaching Guide in the School Edition of THE TRAZ concerns the use of swearing in the story. Although I admit I did use the f-word to ensure realism in the dialogue (this novel is about bikers and drug dealers, who generally don’t say ‘darn it’ or ‘Oh, dear”) I also used it to define my characters.  As pointed out in the Guide, people swear for several reasons—the most obvious being because that’s the language they are used to. It’s their culture. Many people aren’t even aware they are using course language. However, others swear in an attempt to conceal fear, or to elicit fear, or (especially in the case of younger people) in an attempt to fit in with a rough group.

When I’ve done readings for youngsters, they giggle and look down when I read aloud the f-word.  I’ve used that as a teaching tool—pointing out the power of language and the effect it has on one’s listeners and readers as well as exploring the motives behind my characters’ swearing.

THE TRAZ is available in paperback and ebook formats and in a special School Edition that includes a Teaching Guide.

Click on the following links to purchase or sample THE TRAZ

$1.00 off regular edition paperback from CreateSpace  use coupon code: NB5SUY8H

$1.00 off School Edition paperback from CreateSpace. Use coupon code until 16th Dec

And from other fine online bookstores.

If THE TRAZ is not on your local bookstore or library shelves, ask for it to be ordered in for you.

I'm also the author of SCHRÖDINGER’S CAT a SciFi novella

No, nothing terrible has happened that might tempt me to utter the dreaded f-word. I was just perusing old files and found an article I'd written about the use of cussing in literature, especially in novels for youth. I wrote it back when I first published THE TRAZ and at the time, I deemed the issue quite controversial. Since then, having fielded no complaints from anyone about the use of f**** in THE TRAZ and FATAL ERROR, I wonder if I was all worried and tense about something with which the rest of the world is quite fine.

Some say swearing in dialogue makes the story realistic—that that’s how people talk in real life, it’s what kids hear on the playground, on TV, and in song lyrics.

FATAL ERROR paperback in the UK

The life of an author...

I don’t think there much commonality between the everyday lives of authors, not any more so than the lives of doctors or lawyers. Except for the fact that we wear pyjamas a lot and are usually awake and working after midnight and spend a lot of time worrying about our mental health, and such.
_________________
﻿But here’s how my day has panned out so far. You can see if it compares at all to yours.
﻿﻿﻿﻿﻿
I spend several hours creating and scheduling promotional tweets for the busy upcoming Black Friday and Cyber Monday sales that the Americans love. Since I have four books to promote and two twitter accounts to fill, that took a long time. I saved all the tweets I created because I intend to reuse them for next year’s post-U.S. Thanksgiving sales-arama.

I spent a few minutes re-watching my first-ever appearance on YouTube MY THANKSGIVING and responding to comments about the video clip. My friends and fans were generally complimentary about my rudimentary acting skills. My family? Not so much. I keep checking the YouTube “views” counter. At 92 views by mid-morning, I’ve come to concede that it’s not likely to go viral. 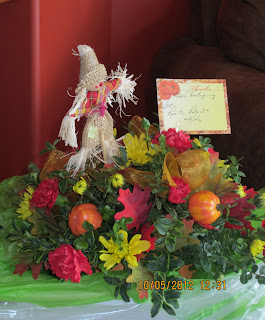 Every hour or so I check my Amazon sales ranking on all four books and check for new reviews. Today, my sales rankings are all slightly better than yesterday and there are no new reviews. Maybe this afternoon.
It’s past noon and I’m still in my pj’s for two legitimate reasons. The first being I’m not feeling well and the second being I keep longingly looking out the window at the freshly fallen snow thinking I want to go for a cross-country ski before I shower and get dressed.
I have open on my computer, the press release I’m working on. My daughter is on the other end of my cyberline using her PR expertise to help me—between diaper changes, feedings, naps, and scoldings.  I want to announce to the local media the release of FATAL ERROR, my upcoming author presentation at the library, and my scheduled presentation at the Alternate Education Centre.
Also open is my middle grade novel that my beta readers are pestering me to get published.  I spend yesterday researching possible homes for RAINBOW, and now want to do one final read-through/edit before preparing the submission.
I will have to do up several different pitches/cover letters/ resumes/ etc. to go along with the manuscript to ensure I meet each publishers’ differing submission guidelines. Only one publisher on my list of possibilities accepts e-submissions. This means I will have to do a lot of printing and packaging and spending-of-dollars-on-postage as well. 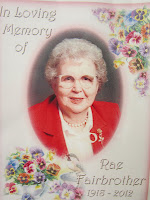 My Christmas cards are calling to me to get addressed so this morning I confirmed that I have printer labels—wouldn’t want to have to go back to hand-addressing them. I also need to draft up my annual Christmas message to include in the cards. I will remember to mention I was gifted two brand new granddaughters in 2012, released a new book, and am grieving the loss two family matriarchs. I will likely cry when I write that letter, somewhat like what is happening as I write this.
I will post this to my blog and then go for a ski. I need the fresh air and excerise, and the solitude and peace of a snow-bound forest. 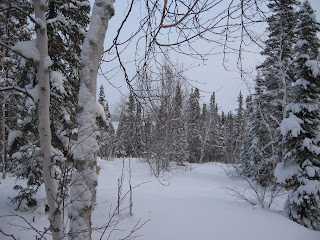 Kenna McKinnon, introduces us to Jason, the young protagonist of her debut novel SPACEHIVE.


Christmas is coming! Have you thought of a gift of a thrilling sic-fi novel with a message that will appeal to young adults and teens as well as parents?

A baby brother is born in an underground bunker while Jason and his Indian friend Aadab Ali join forces on the plains of India to defeat the dreadful alien General Vard and his Wasps.


Jason becomes a teen while held prisoner in the alien ship SpaceHive. The music stored on his Personal Audio Device (PAD) incites the alien Bees to revolt against the General and the Black Watch. Jason likes new instruments like the ZitherCom and he loves to play Guitar Mozart. His mother's choice of Brahms Symphony No. 3, though, is the deciding factor which calms the Apian Way.

Jason's friendship with three worker Bees arises from the strains of Poco Allegretto and not the Three Black Skulls of Jason's generation.


Jason's long red hair, green eyes, young age, and slim stature make him less than a heroic figure to Aadab Ali, who at first is delighted to find an "American" freedom fighter with "reinforcements" who will help win the Battle of India. Aadab soon finds out that Jason is alone and frightened, captive in the SpaceHive with only a ZipPAD, music, and his father's potions to overcome General Vard and the Wasps.


Aadab also finds out the difference between Canadians and Americans! No doubt about it, Jason Anderson and his family are proudly Canadian.


SPACEHIVE is available on Amazon at http://www.amazon.com/SpaceHive-ebook/dp/B008SYCHFG

Kenna McKinnon is a freelance writer who lives in Edmonton, Alberta, Canada. The YA/MG sci-fi book SPACEHIVE is her debut novel. Please visit her online at:
http://kennamckinnon.blogspot.ca/
http://www.twitter.com/KennaMcKinnon