One year ago, FATAL ERROR hit the stands during a very sad time for me. Just months prior, our two family matriarchs, my mother and mother-in-law, passed away within weeks of each other. It had been a summer of funerals and flowers and family visits. Tears and fears as I faced the stark realization that my husband I were now the ‘older’ generation, keepers of the family traditions and lore. 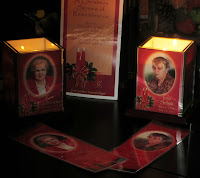 Amidst the grief, to keep my mind busy, to dull my pain, to escape reality, I closeted myself when I could over that sad summer and worked fervently with editors, cover-designers, formatters and the publisher to bring the book FATAL ERROR out of the potential world and into the real one.
FATAL ERROR was my distraction, my achievement, my immortality in a way. When I lamented to Cheryl Tardif, publisher at Imajin Books, that I wasn’t able to do all I wished for my book launch she mentioned not to worry, that FATAL ERROR was now out there forever. I could market it for as many years as I wished, whenever I wished. It was mine, it was a legacy to my children and grandchildren. It was there for the world to enjoy—forever. So, I invite you to join me in giving FATAL ERROR the ‘launch’ it deserves in celebration of its very first birthday!

My author presentations to young people top the list of the things I’m most proud of when it comes to my writing career. All my books are on the shelves of Canada’s northern young offenders facilities and in the outreach libraries of the St. Paul Alternate Education Centre.

FATAL ERROR, I tell my young audiences, is an entertaining, dramatic story that can help us develop a positive, well-rounded sense of justice that goes beyond our formal legal system of law-makers, law enforcement and the court house, although those concepts, too, are part of the story.

I explain how our sense of justice affects our personal lives. As we enter adulthood, our understanding of blame, guilt and forgiveness expands considerably from our basic black and white childhood concepts of right and wrong, good and evil.  As we mature we loose our self-centred childish outlook on life and being to notice, comprehend, and empathize with the experiences and feelings of others. This helps us develop our mature sense of what is fair and empowers us to take responsibility for our own lives.

FATAL ERROR is Book 2 in the BackTracker series. However, it reads well on its own as I wrote it before I wrote THE TRAZ (originally intending THE TRAZ to be a prequel to the series). FATAL ERROR is sold as a Young Adult crime novel. Action/Adventure. A psychological thriller that also appeals to adults.

In The Traz, Katrina made some poor decisions that landed her in a lot of trouble. The book ended with her being rescued from a biker gang during an undercover police operation. In FATAL ERROR, Katrina (along with the cops and the bikers) face the emotional, social, and legal  consequences of their actions during their time with the gang.

Aside from all the lessons and underlying themes, FATAL ERROR is an exciting read.

“Courage and insight make for a compelling read”

"...douses the reader headfirst in a psychological drama..."

“...a worthy sequel to the explosive ‘THE TRAZ’

“The very best in today's motorcycle gang stories just got a little better.”

FATAL ERROR is available as an eBook and in paperback from all fine online book sellers. If it is not on the shelves of your local library or bookstore, you can ask to have it ordered in. And, if you want an autographed copy—just contact me through any of my social networking sites.

Posted by Eileen Schuh: at 9:00 AM No comments:

Schuh’s tour, which includes writing workshops as well as general author presentations, is sponsored by the Northern Lights Library System and kicks off on Monday 21 October 2013 in Myrnam and ends in Cold Lake on November 26th. She will be travelling the length and breadth of one of Alberta’s largest library systems.

“I’ve got my map in front of me so I can now confidently say that I go as far west as Morinville, Gibbons, Bon Accord and the Garrison library in CFB Edmonton, east to Paradise Valley, south to Wainwright and Chauvin and north to Cold Lake and many spots in between,” Schuh says.

Although she’s looking forward to all her visits, her trip to Tofield on Thursday, November 7th  at 2pm holds a special thrill. “I was born and raised as Eileen Fairbrother in the Tofield area and returned there for a few years after I was married,” she says. “Since I was first published in 2011, I’ve wanted to go back to my home town and thank the community for nourishing my writing dreams and skills. Now it’s finally going to happen!”

She will  also be dropping in to the municipal library in her adoptive community of St. Paul at 5 pm on November 12th. “As I say about St. Paul on my dedication page of my upcoming novel, FIREWALLS, I couldn’t ask for a more supportive, generous, inspiring place to live and write.” The nearby community of Elk Point will host Schuh at 7 pm on Tuesday, November 5th while the Two Hills’ school will be the venue for a writing workshop on Wednesday, November 6th.

Schuh has four books published with two more in the wings. Throughout the tour, she will be promoting, selling and autographing the first two books in her young adult BackTracker series THE TRAZ (and THE TRAZ School Edition), and FATAL ERROR  as well as her adult sciFi novella, SCHRÖDINGER'S CAT.

“I’m  hoping to have the third book in my Young Adult BackTracker Series, FIREWALLS, ready in time for Christmas, perhaps even for the latter part of my tour.” Her second SciFi, DISPASSIONATE LIES, will be released by WolfSinger Publications in the summer 2014.  Her books are available as paperbacks and in all popular ebook formats and can be bought online from Amazon and other fine online book retailers.

“If they are not on the shelves of your local bookstore or library, you can ask to have them ordered in for you,” Schuh explains.

For a complete itinerary of her tour and more information on her books and her career, visit her website at http://www.eileenschuh.com .

For an interview:
email: eileenschuh@yahoo.com
phone: 780-
Posted by Eileen Schuh: at 4:47 PM No comments:

Creative Kids Tales and Ford Street Publishing are hosting an emerging writer competition. Uncommon YA author, Melissa Wray is on the list!  It would be great if you could check out the site and vote. All support is greatly appreciated. 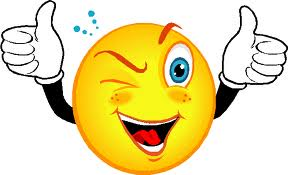 Check out the Creative Kids Website and you can read a few excerpts from different pieces of her writing. Melissa Wray Emerging Author

Brought to you by
THE TRAZ School Edition

“The Traz is a must-read for tweens, teens & parents"

“A great tool in connecting with & engaging teens"
“An amazingly insightful story paralleling so many youth I work with”
“What are some important differences between a family & a #gang?”
“…takes the reader on a whirlwind of emotion”