You never have to remember the truth...


Although I write crime fiction, it is true crime that I love reading.  Anne Rule is one of my fave True Crime authors.

That said, I'm really looking forward to reading Kelly Moran's book YOU NEVER HAVE TO REMEMBER THE TRUTH --a true crime story about the Bembenek case. 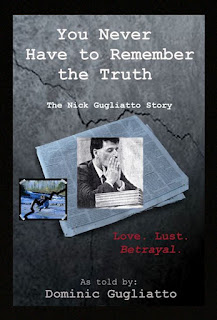 I remember "Bambi" escaping from prison and ending up in Canada and the media hoopla surrounding the events.  A new view on this old case, sounds very enticing...


Thanks for having me today, Eileen. It's a pleasure. I'll give away one free eBook to a commenter.

I typically write romance and children's books, so writing a true crime memoir was out of the norm for me, but an opportunity I couldn't pass up. See, this happened in my city. I was four when the murder occurred, five when Bembenek was found guilty, and thirteen when Gugliatto helped Bembenek escape prison. I remembered a lot, especially the craziness surrounding the case. It's still going on to this day, not just in Wisconsin, but across the States and Canada.

Though I enjoyed getting involved in this and learned a lot, rest assured I'll stick to my imaginary friends from now on. Now, here's a bit about the book...

BLURB:
It was one of the most sensational murder cases in U.S. history. Lawrencia "Bambi" Bembenek, a former Playboy waitress and ex-Milwaukee police officer, was arguably railroaded and convicted of murder. When all hope of proving her innocence seemed lost, she planned a daring escape from prison with her boyfriend, and together the lovers slipped into Canada under assumed names. Now, nearly twenty years after the escape, Dominic Gugliatto wants to set the record straight. The man who laid it all on the line tells a different tale — one of deception and betrayal. For the first time, Gugliatto speaks out about the lies and secrets long buried. That Bembenek knew more about the murder than she professed, and that the prison escape involved co-conspirators, including a retired Milwaukee police officer. The truth is coming, told by the only man who knows it all.

KELLY'S BIO:
Kelly's been known to say that she gets her ideas from everyone and everything around her, and that there's always a book playing out in her head. No one who knows her bats an eyelash when she talks to herself.
She began her writing career in the Indie market, becoming the recipient of an Editor's Choice Award, a Finalist in the 2008 Best Book Awards, and a Finalist in the 2009 Indie Excellence Awards before moving into traditional publishing. Her books not only have honors from the top review sites, but from NY Times bestsellers too. She is a respected reviewer for Bookpleasures and a Romance Writers of America member.
Kelly's interests include: sappy movies, MLB, NFL, driving others insane, and sleeping when she can. She is a closet caffeine junkie and chocoholic, but don't tell anyone. She resides in Wisconsin with her husband, Darren, three sons, Logan, Evan, & Ethan, and her black lab, Willow. Most of her family lives in the Carolinas, so she spends a lot of time there as well.
_______________________________


Remember to leave a comment below to be eligible to win an eBook from Kelly. It couldn't be easier.

Also, while you're on facebook 'liking' Kelly's author page, stop by and 'like' my facebook author page, too. These special pages don't allow one to have friends, only 'likes' so make sure you click that little thumbs-up icon for the latest on our careers, book deals, give-aways, and other super stuff.

Email ThisBlogThis!Share to TwitterShare to FacebookShare to Pinterest
Labels: Bambi, Bembenek, dominic Gugliatto, Kelly Moran, You never have to remember the truth

Thanks so much for having me, Eileen!

Thanks so much for having me, Eileen! XO

I learned about your book from Lisa Mason. Whether I win a copy, which would be wonderful, or find it in the library I am looking forward to reading it. Love true crime novels. Wishing you the best of luck!

Lisa is a great gal. Thanks for your interest, Michelle. Do let me know how you like it. XO

You are very welcome, Kelly. And, Michelle, not only are you eligible to win Kelly's book, because you left a comment here, you are entered in my draw for a Kindle. (To be drawn in celebration of the release of FATAL ERROR --sequel to THE TRAZ later this year.)

And the winner is...Michelle. Grats, I'll email you soon.
Big thanks to Eileen for having me. XO

And the winner is...Michelle. Grats, you'll get an email soon.
Big thanks to Eileen for having me. XO