Debut novelist, Luke Murphy was a guest on Magic of the Muses (Rink Rat to Writer) back before his DEAD MAN'S HAND hit the bookshelves and now revisits us with some insider info on his popular crime thriller.

The best news is, for a limited time, DEAD MAN'S HAND is free. Check out the details. 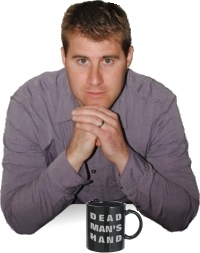 My International bestselling crime-thriller, DEAD MAN’S HAND, is FREE, from June 26-28. I’ve been so happy with the success and reviews since releasing my debut novel back in October. DEAD MAN'S HAND hit International Bestselling status almost overnight.

There are so many crime-thriller writers and so many books in the genres that competition is at an all-time high. Many people have asked what makes my story so special and who would enjoy my book.

Why will this novel generate an audience?
- Dead Man’s Hand has tension and excitement as a result of the action taking place in a single week.

- The African-American protagonist is not stereotypical. While his race is significant, he does not moralize about the issue or his situation.
- The “find out who framed you to save yourself” plot has a twist in that Watters researches the crime online, primarily using analysis of character rather than physical evidence.

- Point of view is easy to follow but engagingly complex, with scenes from the perspectives of Watters, the detective, the cheating wife, and a hired assassin.

Who is my MAIN target audience and why?

- Thriller readers looking for an atypical thriller hero—an African-American who is no saint.

- Sports fans will be fascinated by Watters’ struggle to recover his decency and win, a kind of Blind Side story with little sentimentality and few illusions.

- A Las Vegas setting—the world of The Hangover movies and many youth films like Bridesmaids—will appeal to 20s-30s readers.

- Watters’ romance with a former prostitute will appeal to younger female readers.  The marital tension between Detective Dayton and his wife will interest adults. Both men and women will enjoy the twist on the femme fatale figure of the murderer’s lover, who has her own schemes.

Get Dead Man’s Hand for FREE

What happens when the deck is stacked against you…

From NFL rising-star prospect to wanted fugitive, Calvin Watters is a sadistic African-American Las Vegas debt-collector framed by a murderer who, like the Vegas Police, finds him to be the perfect fall-guy.

…and the cards don't fall your way?

When the brutal slaying of a prominent casino owner is followed by the murder of a well-known bookie, Detective Dale Dayton is thrown into the middle of a highly political case and leads the largest homicide investigation in Vegas in the last twelve years.

What if you're dealt a Dead Man's Hand?

Against his superiors and better judgment, Dayton is willing to give Calvin one last chance. To redeem himself, Calvin must prove his innocence by finding the real killer, while avoiding the LVMPD, as well as protect the woman he loves from a professional assassin hired to silence them.

"You may want to give it the whole night, just to see how it turns out."
—William Martin, New York Times bestselling author of Back Bay and The Lincoln Letter

Luke Murphy lives in Shawville, Quebec with his wife, three daughters and pug. 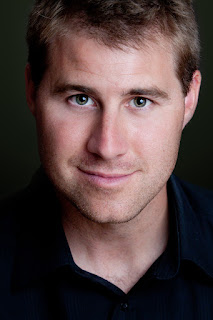 A reminder about my psychological thriller SCHRÖDINGER'S CAT

“...a mind-bending roller coaster ride”
Posted by Eileen Schuh: at 4:00 AM