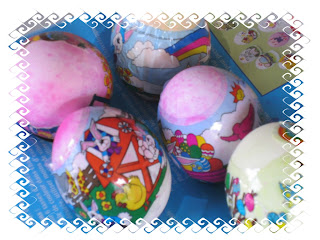 The look of bewilderment on a 3-year old’s face when told he must look for his Easter basket is priceless. Up until that third Easter, all good things have been handed the child. All of a sudden, after days of anticipation, hours of decorating eggs, aisles of colourful treats—the morning arrives…and he has to look for goodies?

They aren’t just there—in front of him? Under a tree or something? Concealed in nothing more than thin boxes wrapped in thinner paper? What’s up with the bunny?

Enjoy that look of bewilderment for it will never again appear.  Next year, the 4-year old will take to the basket-finding task with vigor and enthusiasm. Rush here and there and everywhere. Look up and down and in and under.

Because he has learned.

Learned that not all good things are handed to him—that with a bit of work on his part he can experience the richness of life.

He has watched the older kids and learned that the more diligently and quickly he looks, the sooner he can reap his award.

He has learned that beneath the ordinary—treasures are waiting to be discovered.

He has learned that in his everyday unchanged world, magic can happen—but he must make the effort to find it. 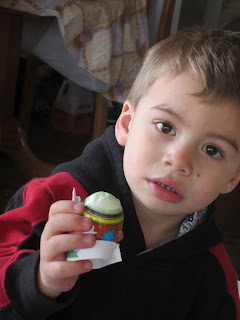