Free Draw for a Kindle

In celebration of the release
of the new e-editions of
THE TRAZ. 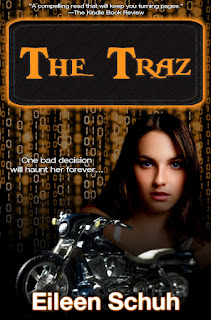 I'm about to make the draw for a free Kindle--a contest I've been running for almost a year.  Originally, I intended to make the draw to celebrate the Spring release of the sequel to THE TRAZ.  However, when Imajin Books bought the publishing rights to the sequel, my plans changed.  I decided to instead use the draw to celebrate the release of the new Imajin Books e-editions of THE TRAZ. That happened last Thursday so I'm drawing today.

As I write out the names of all the latest entrants, I'm thinking about how excited I was when I unwrapped my own Kindle two Christmases ago. Even though I had been sure I was getting one, to actually hold one in my hand...and to discover how user-friendly it was and how the novels I wrote looked so beautiful on it.  I took my Kindle with me to the Panama beach and was surprised how easy it was on the eyes under the bright, high, equatorial sun.

I quickly discovered how much cheaper ebooks were than paperbacks and I soon found I could get many free books, too.  I learned that I could email my draft manuscript from my computer to my Kindle and hand it off to my friend to proof as she stood in line at the Blues Fest. She highlighted, questioned, commented and compared with the push of a few buttons--then handed it back to me.

There were many hours in the waiting rooms of specialists and surgeons during that first winter--how nice it was to slip my Kindle out of my purse and immerse myself in a fantasy instead of waiting nervously for medical results and decisions.I was delighted to find out my Kindle would read aloud to me during those long, long treks all alone from home to the city and back.

I was so happy to give my brother-in-law a Kindle. He must undergo dialysis several times a week and when they moved the shunt from his neck to his arm, he could no longer turn the pages of a book or magazine.   A Kindle would give him something to do during the hours he has to spend in treatment. I loaded Malcolm's Kindle with Amazon's free classics and my books (of course) before wrapping it for him.

How about one of the children at the Side Door Youth Centre in Yellowknife? That was the first presentation I did to youngsters, using The Traz to talk about decision-making and the dangers of gangs. I was surprised to discover that when I passed out the entry forms for the kids to write their names,I was giving many of them a difficult task. Several refused the paper and pen and only later did I realize that they could not write. I helped several youngsters enter. If one of them were to win--would it encourage them to learn to read and write?  That would be nice...

Or maybe one of the students from the Alternate Education Centre here in my home town will win.  That group of kids was so attentive while I read and talked. The students and teachers made me feel very welcome and bought several books, some for the Centre's libraries.  One of those at-risk children, maybe one who is hurting and alone like the young protagonist in THE TRAZ, would feel special to be the owner of a Kindle...

Or how about one of those lovely ladies who braved the dark -40C/F winter to attend my book signing at the Yellowknife Public library? A Kindle would warm their hearts, I'm sure.

Maybe I'll draw the name of someone I don't know--one of those lovely strangers who posted a review for me, or who participated in one of my silly contests--like the my "Many Worlds" Contest" where readers suggested a way people can tell if they're in an alternate universe.  These strangers made an effort to interact with me, though they don't know me.  Giving one of them a Kindle would be grand.

I wonder who will win my Kindle?