Writing for our leaders

I was going to get some seasoned authors and critics to help me blog about the literary genre, but it turns out we all got too busy.  So I’ll go it on my own.

Literary novels are the novels taught in schools and universities. They are the classics or are on the path to becoming classics. They may or may not make the New York Times best sellers list, but they generally win all the prominent book awards. They are often selected to be read by book clubs.

They are sometimes not all that entertaining, because entertainment is not their prime purpose.

My novels, so far, have been written to entertain the masses. It is my hope that almost anyone who picks up one of the BackTracker novels, or one of my science fiction novellas will read it and enjoy it. I want the main characters to be likable, the plot to be exciting, the beginning to be compelling and the ending to be satisfying. 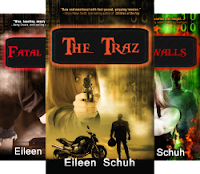 I want people to learn a bit about themselves, about their world, about science, drugs, gangs...the police. I want people to ponder the plot, talk about the social issues exposed in the stories. Yes, I want to make a difference in people’s lives, in the world, but I want to do that through appealing to many, keeping my message simple, and gently prodding people to consider new ways of thinking and living. 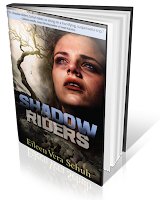 None of that applies to books in the literary genre.

Literary novels are written to appeal to societal leaders. Characters are multidimensional and are often liked by some readers and not others. As in real life, the plot or action is often not very exciting, the major changes and challenges are often occurring within the characters rather than within the plot.

Over and above all that, a literary novel takes liberty with all rules of writing. The climax might come at the beginning of the literary novel, the ending may be in the middle, the prologue at the end.  The setting may become a character in itself, a character may in essence, be the plot. Setting, may upon close examination actually be pure emotion while a description of the insignificant might portray the universe.

A literary novel is not told with action and dialogue but with an unremitting stirring of emotions. To meet that end, it is rife with literary devices, hidden from the conscious view of the reader. Rhythm and rhyme, allusion, anaphora and alliteration. Metaphor.

A literary novel manipulates emotion and thought without the readers’ awareness and often without their consent.

A reader who puts down a literary novel, remains emotionally trapped for hours in the warp where the novel has led them...and doesn’t know why.

Literary novels don’t necessarily instigate social change, they just as often rob readers of their will to make changes, because after all, life inevitably leads to death—a common theme in literary novels. There always is a message, though. Often poignant, sometimes futile.

Readers who live the emotional experience of reading a novel in the literary genre are ultimately responsible for how effective the story will be at making things better.

The importance of the literary novel rests not so much on what’s between its covers, but what’s between the ears of the readers who deign to read it.

I loved it from the first word." #SciFi 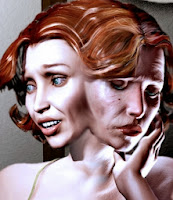 "And the ending I never expected" #QuantumPhysics