To make a short story long...

My work in progress is not going well. I set out to write a novel and ended up with short story. Everything I wanted to say and all that the characters wanted to do has taken far fewer words than planned.

It’s especially distressing as this was to be my first attempt at writing a literary novel, and literary novels are noted for being wordy and detailed. How my literary attempt came up so short, I’m not sure.  I am not a short story writer. In fact, I have so much to say and my characters insist on so many adventures, I write not only novels but entire series.

I’m not giving up on my quest to be literary, though. Short stories can become novels. I was introduced to my first one in high school. Flowers for Algernon is an award-winning science fiction short story and subsequent novel written by Daniel Keyes.

I did not find Keyes short story lacking in any way, yet the author very cleverly and not at all redundantly, wove his initial ideas into a wonderful book-length story.

That said, unlike Keyes who published his short story first, I don’t intend on letting this short story escape my hard drive. I want to take my amazing short-story characters and develop them. I want to detail their stories, deepen their emotions, make their problems more convoluted.  I want the settings to become powerfully symbolic and the novel’s social message much more profound.

We’ll keep at it!

Next time, I’ll explore what that this novel-in-progress needs in order to be elevated to the “literary” genre.

To make a short story long...has been brought to you by DISPASSIONATE LIES 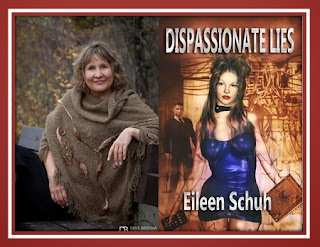 
"has drama, intrigue, and asks some really interesting questions."

"it will surprise, titillate and fascinate you"