She's the driving force behind WolfSinger Publications, the woman who offered me my very first traditional publishing contract, the publisher of both of my SciFi novellas (SCHRṎDINGER'S CAT and DISPASSIONATE LIES), and a successful author in her own right. I'd like you to meet Carol Hightshoe, all the way from Colorado, U.S.A.

Welcome, Carol, to Magic of the Muses!

Briefly describe WolfSinger Publications and what makes it unique.
WolfSinger Publications is a micro press that focuses on novellas and smaller novels – although I am not adverse to publishing longer fiction. I recently released a wonderful novel titled Seventh Daughter by Ronnie Seagren that was over 110k words. Unlike many other small/micro-presses, I offer my authors an initial advance of $50.00 for their book. I do focus primarily on Science Fiction and Fantasy, but I am willing to consider most genres with the exception of Erotica and Children’s books.

Has WolfSinger Publications evolved as you initially envisioned? Where do you dream it will be in five years?
Actually it’s grown a little faster than I envisioned – but I’m keeping up. I hope that in five years, we’ll be at a point where I can increase the advances paid to authors and I can also start a more comprehensive advertising program.

How can authors become a partner in WolfSinger Publications’ success?
Like most small and micro presses – much of the success of a book is driven by the author’s own marketing. For my authors that is a key component in our mutual success. I’ve recently started using boosted posts to increase WolfSinger Publications advertising on facebook, and hopefully in the future I’ll be able to start looking at advertising in genre magazines online to boost exposure for our books. No timeline at this time – but it is something I want to do as soon as feasible. 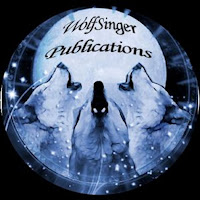 Behind every great organization there is a driving force. You, Carol Hightshoe, are the name and face behind WolfSinger Publications. Tell us about what motivated you to create your publishing company.
When I left the Sheriff’s Office back in 2006, I decided I wanted to try publishing an online magazine. At the end of that first year, I decided I would see what it took to publish a ‘Best Of’ Anthology.

Instead of releasing it as a self-published book, I took the time to set up a name, have a second copy editor review the text and one of the authors volunteered to do the typesetting. I did the same the next year with both of the online magazines.

I let several of my friends who were published know that I was looking at expanding away from the ‘Best of’ anthologies and they put the word out and I received several submissions for publication. I reviewed those stories and accepted a few of them – then got started with editing and layout.

I contacted the artists that illustrate both of the online magazines and they were agreeable with the idea of doing cover art occasionally. Things sorta took off from there. This past year (and I have 3 or 4 more to release) I’ve released 17 books – three of those are a release of books of mine that were originally published by Double Dragon Books.


In addition to running WolfSinger Publications, you are an author. Of which personal accomplishment in your literary career (book or otherwise), are you most proud?


Being named as an alternate for the Star Trek: Strange New Worlds contest several years ago. I was disappointing to not make the actual table of contents, but finding out my story was good enough to be part of the group sent to Pocket and Paramount for consideration for the collection was an amazing feeling.

What personal literary achievement/s are you striving to reach within the next five years?
To finish my Chaos Reigns series, to have at least one more ‘pro’ sale, and to finish at least one of the several other novels I have in the planning stages that are clamoring for attention.

Please offer authors and aspiring authors some sage advice.
Develop a thick skin. Remember even if one editor rejects you work – that is not a rejection of YOU. If they gave you any kind of critique – look it over, if it makes sense, consider a rewrite – then send that story out to the next editor. Much of publishing is based on personal preference (especially at the small or micro press level) so  it may be just a matter of finding the right editor for your work.

Also NEVER do the editors' work for them. By that I mean – don’t decide that your work isn’t right for the market. It’s a big pro market, so if your story meets the guidelines, send it. It may be just what the editor is looking for. My first professional publication came about because of that.

I had met Denise Little at a writer’s conference and I asked her about sending her something sometime, she said sure-so I did. The day my story landed on her desk was the same day she sold an anthology to DAW books, a collection for which my story was a fit. Normally she does invite-only anthologies, but with my story reaching her that very day, and being such a good fit, she decided it had to be part of the collection.


I know you’re itching to mention something I’ve neglected to ask about. Tell us what that is.
WolfSinger is currently open for submissions (until 31 December) Authors can find the guidelines here: http://wolfsingerpubs.com/Guidelines.html


We also have calls out for several anthologies – links can be found here: http://wolfsingerpubs.com/OpenCalls.html

Touch base with WolfSinger Publications online at
www.wolfsingerpubs.com 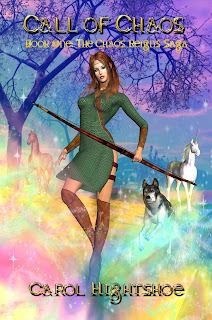 "sweeps the reader into a world filled with magic, friends, and adventure"

"can't wait for the next in the series."
"The story line is action-packed..."