THE TRAZ -realism and credibility


I had lots of fun creating the Alberta Police Service and the Northern Alberta Police Detachment which figure prominently in my BackTracker series. In real life, my home province of Alberta doesn’t have its own law enforcement agency but is policed by Canada’s world-renown Royal Canadian Mounted Police (RCMP). So, as you might guess my police agency, although fictional, is largely based on the RCMP.

I did take liberties in designing my police force. In THE TRAZ and FATAL ERROR, the Alberta Police Force operates both in the cities of Edmonton and Calgary and in rural areas, whereas in fact, Alberta’s major cities have their own separate police forces. But that isn’t too much of a stretch since the RCMP has a sweeping national and international mandate, often works in tandem with the Edmonton and Calgary Police Services on criminal investigations, and its K-Division headquarters is situated in Edmonton. 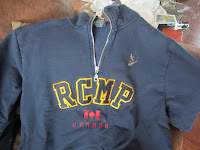 The description of the building that houses the Northern Alberta Police Detachment is roughly based on the RCMP Detachment in my home town of St. Paul but contains elements from other detachments. The uniforms I describe are pretty generic and sound like police uniforms across North America. However, for the sake of a great story, despite the fact my police aren’t RCMP, the famous, flashy red serge RCMP dress uniform just may appear at someone’s wedding in the yet-to-be released Book III of the series.

I could have designed my police service to more closely resemble the RCMP, or in fact become the RCMP, but for several reasons I chose instead to create one of my own. I've always enjoyed studying the people, underlying beliefs, relationships, and paradigms that drive organizations. It was an enjoyable, empowering excerise to create my own police service, staff it, and set it in motion.

Doing so also gave me flexibility in my story-telling. The policies, procedures, and lingo in my series can differ from that of the RCMP without ruining the credibility of the story. It also allows me to adapt my writing to suit my targeted young adult readership. For example, I can create realistic dialogue without feeling compelled to use and explain the unique phrasings, codes, or abbreviations used by the RCMP.

The main reason for creating my own police force, however, rests mostly with the kind of person I am. I hold an incredible respect for the men and women in law enforcement and wanted to do everything possible to ensure the less-than-stellar things that my characters say and do, don't reflect poorly on the RCMP or any individual within its ranks.

Over the years I've enjoyed many conversations as well as business and social relationships with RCMP officers, some of them family and some friends, and I didn't want to risk feeling I'd betrayed any confidences. It's not that I've been privy to law enforcement secrets, but officers have shared stories, expressed opinions, and given me behind-the-scene glimpses into the workings of a police detachment. At times, they've revealed their emotional natures, their dreams, frustrations, and regrets. Although none of the situations or the officers I portray in my novels are based on real life,creating my own police service establishes that fact implicitly. 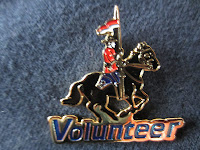 Despite the liberties I've taken with the design of my police force, realism shines through. For half a century, I’ve followed crime stories in the news, read crime novels and true crime books, watched crime shows, and enjoyed conversations with police officers and others involved in the justice system. It is these experiences, coupled with my volunteerism with the RCMP, that adds the depth, flavour, credibility and colour to my characters and my story-telling.

My officers are mainly young men and women, still learning about themselves and about life and at times lacking confidence and knowledge. As in real life, their errors often come under the scrutiny of the media, can be judged harshly by their bosses and peers and, alas, sometimes prove fatal.

But, you’ll love them anyways.