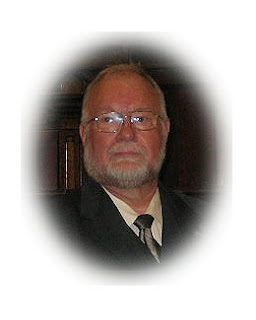 There were eight of us cousins who played and fought through many summers on that dirt farm near Tofield that I called home.  Sometimes all eight of us camped out in that little log cabin with the kerosene lantern, wood stove, and coal oil lamps.  That big, round, oak table.  The cream separator in the corner and the Winnipeg Couch sitting just off the trap door to the cellar.  The RCA Gramophone and the chemical toilet.  There was no TV or telephone.  We talked to each other face to face and made our own entertainment.

There was me, Marilyn, my younger sister by 3 years and Ruth, my older sister by 3 years.  There were Muriel and Maureen--my two female cousins between Ruth and me in age.  Then, there were the boy cousins--they were the exciting ones--the older ones.  Daryl was three years older than Ruth and the oldest of us all 'the twins', Donald and David.

Oh, yes, I have fond memories of that whole passel of cousins, but David...now David, he was the best.  Beyond a doubt.  Not one of that summer-pack of kids will argue with that fact.

Yup, cranking up that gramophone and David teaching us young ladies to do the Schottische.  Keep in mind this was a 20' x 20' cabin, and David was a large man even in his teen years.  But that boy was light on his feet and had rhythm--and patience, and (of necessity when trying to teach me grace) a sense of humour.  He laughed as I hit the Winnipeg couch and kept going right up onto it in order to finish the last steps of the sequence.

Some of my earliest memories are of David.  In fact, I think the very first thing I remember is being in his arms on a hot summer day.  I know it is him I'm remembering, because I remember his scent.  Being big, he sweat a lot, and that was not a bad thing; it etched him into my memories.  Today I inhale, and imagine, remember, and weep because David will not sweat any more.

He has left us, the first of us eight to die.  It should not have been him.  He was the gentle one of us all, endowed with a wisdom and social grace seldom found in the young.  Otherwise, we would not have been nicknamed him 'Owl'.  He taught us all, through both example and words, the great interpersonal skills and magnanimity that youngsters need to be taught.

I remember being about 8 and making a remark about David being fat.  He told me I shouldn't say things like that.  "Why?" I asked, because after all he was fat.  I was just stating a fact. I didn't know being fat was a bad thing.  I had not meant to be mean.

He asked if I'd like him to make comments about my  yellow teeth just because they were, in fact, yellow.  Therein, I learned tact.  I learned to step outside myself to consider how others may be feeling.  I learned the power of  words to hurt--and heal.  I learned people knew exactly how they looked and did not need me to tell them.  I learned.

We also nicknamed Dave 'Owl' because he actually went to university, the first one in the family to do so.  He became a special education teacher and taught trouble kids.  He loved his job.  I have no doubt he was very good at it because he could spot potential in a person--potential that even one's mother didn't realize one had.  He honored everyone's potential and gently and persistently he'd pull it forth.

Not long ago I asked him why he played with me when we were kids.  After all,  I was ten years younger, self-centred, and more than a little stubborn.  He scowled and said he didn't think I'd been any of that.  He always thought I was a 'neat' kid.  That changed forever my self-perception.  He made me believe I'd been a likable child--a fact that proved very comforting when I was faced with some darker childhood memories.

I want you to get to know David better so imagine this--I'm about 5 years old and David's a young teen-aged boy.   It's a hot summer day and we're outside with a tub of rain water and a wooden box full of doll clothes.  We're going to wash all these clothes and rinse them and hang them on the clothes line.  David and I.  I have no doubt they needed washing as water was scarce on the farm--there was no well.  Household water had to be hauled from my uncle's farm a couple of miles away.

I have no doubt that I agreed to this idea, because doing anything with David was bound to be adventuresome.  I was set to pretend I was a mother doing her laundry.  I remember however, that about ten minutes into the chore of washing each of those tiny dresses and wee blankets with my tiny hands in cold water, the idea lost its glamour.  It was then, under David's gentle tutelage that I learned to complete tasks.  I learned to forgo present comfort in order to achieve goals.  Those washed outfits definitely looked wonderful compared to the soiled and grey ones yet to be done.  Keep going.  Keep washing.  He was there to help.  He could warm my hands in his.  He could use his strong fingers to wring out the water, his height to hang them on the clothesline, his voice to keep me going until the job was done.

Yes, I must keep going. Reach my potential.  Finish the jobs I've started.  Finish my life--even though David is no longer here to warm my hands in his.

I miss you so much, David.

What a wonderful tribute to a marvelous man. I wonder if the name "David" is bestowed on men destined to be marvelous? Some of your words could be describing my husband. I hope writing about your David helped ease the pain, at least a little. Thanks for introducing him to us. ~Nita

Thanks for visiting, Nita. Yes, David is a sturdy and honourable name. You are lucky to have met one!

The David who faced down the giant with his slingshot, is my favourite bibical character.

It's likely no accident that the devoted father of the young heroine in my debut novel is named David.

What a beautiful tribute to your cousin, Eileen. I am so sorry for your loss. I am confident David will live on in your precious memories, and in every goal you achieve.

Eileen, I'm so sorry for your loss. David sounds like he was a wonderful man. God Bless you.

Our condolences on the loss of your cousin, David. Stay well, Eileen. Fond memories last a lifetime.
Your friends,
Donna & Alex

Thanks, Lotsocats. Today David is laid to rest. I'm so very sad.