From Europe with love...

Europe, especially the UK which shares its language, history, and culture with many of us, is largely an untapped market for Canadian writers. It would be great to find a British audience for our books—payback time for all the Curious George, Winnie the Pooh, and Shakespeare books we’ve read. (And Charles Dickens, and Alice in Wonderland, and...)

There are more people in one village in the UK than in all of Canada-and most of them can read. Canadians sometimes forget that we and our country are exotic and foreign to others. We think the Rocky Mountains and hockey are the only things of interest in this vast land.

However, I can’t help but believe that a child in London would find the idea of living in a cabin in the shadow of the Rockies exciting. She’d love to learn what it feels like to ride a motorbike along a never-ending ribbon of highway traversing an Alberta prairie. 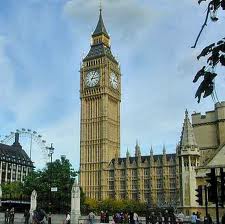 A girl sitting in the shadow of Big Ben would be intrigued by a story about surviving a blizzard and thrilled to learn how it feels to be kissed by a Chinook.

Ancient writers like me haven’t travelled much farther than Hawaii or the Caribbean, but the next generation is intent on becoming quite international. Young adults are gallivanting around the globe—seeking the exotic.  The plethora of British and Aussie young people tramping across Canada is proof that despite our cold, dark winters and our hot, mosquitoey summers, Canada does have appeal to others besides just us and our American cousins.

In this age of technology, eBooks are available with a click and no postage; it ought to be easy to sell books to the entire English-speaking world--no matter which side of the Atlantic one is on.

Pauline Barclay and I eyed up each other’s markets and decided to taste the greener grasses that seem to be thrive on the side of the ocean opposite us.

As a guest here today on my blog, Pauline Barclay introduces her feisty European summer romance SOMETIMES IT HAPPENS... to the great crowd of eager North American readers.

In turn, I am promoting THE TRAZ, replete with bikers roaring across the vast Alberta prairies, to her European fans at http://paulinembarclay.blogspot.com/

Today, I’ve been invited onto Eileen’s Blog.  We met on Twitter just a few weeks ago and I feel already that she is a great friend. The ease in which she helps follow Indie authors is both heart-warming and encouraging. So I am doubly honoured to be here sharing her friends and followers, thank you.

I’m Pauline Barclay, I’m English and was brought up In the UK, though since marrying my wonderful husband, Clive we have moved around a little. Before moving to Lanzarote we lived in Holland, in a beautiful Dutch town called Leiden, but for now we are settled on this lovely volcanic island in the Canary Isles (70 miles from the Moroccan coastline). Here the sun shines most of the time, though like much of the world, our weather pattern has been strange this year. Having said this, I live in shorts, t-shirt and sandals, so you can guess it isn’t cold!

We live close to the beach, so most evenings we can be seen taking our two adorable rescue doggies for walks along the seafront. 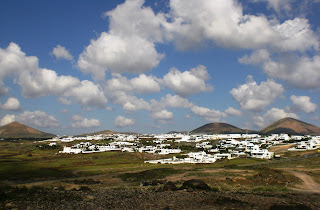 My third book, Sometimes It Happens… was published on Kindle in May. I am an Indie publisher and for this book I did things differently. Firstly, I had an amazing mentor who is also a brilliant author, who saw me through the entire manuscript, checking for continuity, believability, repetition and so much more. Then to add the final sparkle, I had the cover designed by a Graphics design company. I just love the cover, it says so much about the story: Fun, sunny and inviting!

Sometimes It Happens… Will make the reader laugh out loud, I certainly did writing it! 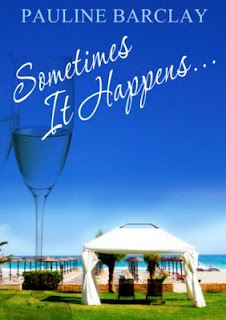 Sometimes It Happens… (an excerpt)

"Nothing in her wildest dreams had prepared Doreen Wilkinson for something like this. But then, nothing had prepared her for winning the lottery either.

She had giggled at the nineteen pence. “Break the bleedin’ bank that will!”

The media had made the comment a headline, “19p to break the bleedin’ bank!” splashed all over the Sun and Daily Mirror accompanied by her smiling face and a fountain spray of champagne. She had thought it a waste shaking that great big bottle and letting it fizz everywhere, but the reporters had told her to do it..."

My other two novels, Magnolia House and Satchfield Hall are available in both paperback and Kindle editions. In between marketing and all my other commitment, I am busy with my fourth novel!

Despite the different stories of my three books, one thing I can say about all my novels, and that is, you will need a tissue!

When you have time, please pop along and say hello at my Blog http://paulinembarclay.blogspot.com/

Or visit my web site where you can read sample chapters from Magnolia House and Satchfield Hall and also meet some of my wonderful guest, including Suzy! http://www.paulinebarclay.co.uk/

Thank you again Eileen for your wonderful hospitality, I love it and a big hug for already reading my book, Sometimes It Happens…

Wishing you great success with your great new novel, THE TRAZ.

Thank you so much for your spirited conversation, Pauline.  I have read Sometimes It Happens... and it is a perfect beach-read for those upcoming hot Canadian summer days on the shores of those frigid northern lakes...or in one's hammock in the shade of that highrise.  If you don't get to it this summer, it's perfect winter reading for a rocker in front of the fireplace or a lounger in the Carribbean!

Grab your Kindle and klick!

Hi Pauline!
Wow... I'm very envious of you over there in Canada today (LOL).
To anyone reading, Sometimes It Happens is a lovely story... and, quite rightly put over on Eileen's post, very English. Delightfully English, actually!
Hugs
Suzy
http://suzyturner.blogspot.com

Thanks, Suzy, for visiting.

And Pauline, thanks for a great post. What fun we've had exchanging promos about our new releases! The world will never be the same.

That book cover really is fabulous, Pauline. It looks great on my iPad. :)

All I need now is reading time... sigh.

Laugh Suzy, I'm hoping to catch sight of a bear, whow! Thanks for the lovely words about my book. Hugs x

Hi Eileen, my world shone a little brighter after we met and I am proud to be invited to your Blog and to learn about you and your amazing country. Thank you. Of course, this is just the begining....! The Traz will keep us united!

Hi Shirley, I'm glad it looks great on your Ipad, hope you will still smile when you've read, The End! Thanks for coming over here to join us :)

I've very much enjoyed your visit, Pauline. You are welcome here anytime!
Wishing you well with your writing career.

Lanzarote is definitely the place-to-be for families who love beaches and the AllThingsLanzarote website would be of great help for those who wish to enjoy their stay at this lovely island.

Thank you for visiting Magic of the Muses, Frances, and sharing that information with us. Lanzarote sounds like a great place to live.