Jessie B Tyson is celebrating the release of her debut novel, WHITE HEAVEN WOMEN.

Today, as my guest blogger, Tyson offers us an inside peek at both this intriguing novel and it's flamboyant author.

I'll bet you can't resist downloading it...after all it's

FREE for two days only: 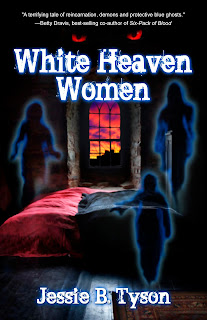 Many people believe that we have all been here on earth before, with a different name, different life. Some live their current lives believing they’ll be reincarnated after death. This past life theme is prevalent in movies, television ad novels, including the new supernatural suspense White Heaven Women by British author Jessie B. Tyson.
White Heaven Women is a gripping tale set in Whitehaven, Cumbria, UK. Flashing between 1899/early 1900s to 2000, readers are introduced to two sisters, Beth and Sarah, and the fate that awaits them.

White Heaven Women is a gripping tale set in Whitehaven, Cumbria, UK. Flashing between 1899/early 1900s to 2000, readers are introduced to two sisters, Beth and Sarah, and the fate that awaits them.

"... haunted by relentless nightmares about demons and a baby crushed at birth..."

To discover the meaning of these dreams, she seeks the help of the local psychic, who instructs Sally to attend a past life meeting. It is there that Sally meets Beth Witherspoon.
Persuaded by a ghostly blue apparition, Sally documents a family history filled with deception, abuse and an ancient evil, and she must summon strength and faith to become the woman she is destined to be, one of the last descendants of the White Heaven Women.

Published by Imajin Books in Edmonton, AB, Canada, White Heaven Women is now available in Kindle edition and paperback at Amazon and CreateSpace.

WHITE HEAVEN WOMEN IN THE UK

“A novel of hope and of the multiple chances that re-incarnation provides the soul in search of enlightenment.” —Shane Joseph, author of ‘The Ulysses Man’

“Tyson paints a literary landscape of bygone days so skillfully the main characters leap off the pages into our hearts.” —Betty Dravis, best-selling co-author of ‘Six-Pack of Blood’

“A fast paced book with vivid characters…a great book to get lost in on a rainy day.” —Dionne Lister, author of ‘Shadows of the Realm’

“Horror, suspense, paranormal, life, death, love and hate all woven together with such powerfulness, so real, so fragile yet gripping enough to keep you on the edge.” —Peggy Grigowski, author of ‘A Glimpse of What If’

“One of the best books I have read in a very long time. Jessie has the talent to reach deep inside the reader and allows the reader to open up their minds to a world that is not easy to understand or believe. “—Shirley Lessard – Book reader 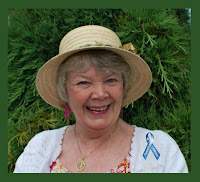 Jessie B Tyson was born at Scalegill Place near Moor Row - a tiny village between the coast and the mountains in N.W. Cumbria England but lives in British Columbia, Canada.  In what year? She's a senior and will not divulge that - ladies prerogative but she will be collecting a pension in a few years (grin.) She was educated in her natal area and moved to Canada in the year 2000. Jessie wrote children's and fantasy stories as a teenager. When she matured she moved on to writing adult stories. She has a great imagination and enjoys turning her vision-like dreams into enjoyable tales. Jessie considers herself as a Spiritual Christian who believes in the Power of God - but that doesn't stop her writing paranormal fiction with ghosts and demons!  Jessie has a wonderful sense of humour, and loves to laugh and tease her friends. She has a generous spirit and will help anyone in need. She has an affinity with animals, especially dogs, cats, horses and dolphins. Jessie abhors all forms of cruelty to any living breathing creature. White Heaven Women is her debut novel.

Jessie invites you to visit her online:


Click the video below and listen to her true story about blue ghosts.... 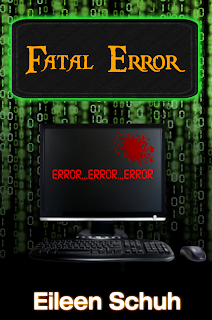 Four lives intertwined by fate may lead to one fatal error…

When the police chopper rescues her from The Traz biker compound, fourteen-year-old Katrina thinks she’s escaping her brutal past. But she soon discovers that the cops know her darkest secrets, and she slides into an emotional hell of horror and guilt.

Shrug, the undercover officer who recruited her to the gang, struggles to undo the harm he has inflicted, but his attempts to protect Katrina spiral out of control. His boss, Sergeant Kindle, knows nothing can be forgotten and much must be forgiven before Katrina or Shrug will be free from the aftermath of the police sting.

Complicating matters, Katrina's dream relationship with another undercover officer, Chad, hits a major firewall when she discovers he's engaged. Just one fatal error could send Katrina, and everyone else involved, down a path of destruction that could leave no survivors.