In the early 1970’s I was a psychiatric nursing student suffering Medical Students Syndrome, a term that describes medical students’ propensity to suffer each disease in turn as it is studied. There was one year where I suffered depression, manic-depressive disorder, sociopathic personality, paranoia, repression, depression, aggression, the odd panic attack and bronchitis, too, I believe at one point.

The one disorder I didn’t experience was schizophrenia—my imagination fell short. However one of my fellow students was sure she was schizophrenic. Several of us spent more than one evening in nurses residence convincing her she was not seeing a giant bottle of ketchup on the floor where there was none. I think she survived okay, she graduated with us eventually in any event.
For me, I could not imagine what it would be like to perceive a reality different that the one others about you are perceiving. Even the bizarre events we experience in dreams are at least shared by others in the dream. What would it be like to hear things, see things, react to things that nobody else can sense? Would it be frightening? Would it be lonely? Would you realize something was wrong with you? Would you assume something was amiss with those around you?

One is not born with schizophrenia, it usually happens after childhood. What is it like to be normal for two decades or more and then begin to experience a reality, often a frightening reality, that your loved ones don’t share? What’s it like when medication kicks in and the hallucinations subside? Do you feel normal again? Do remember what it was like to hallucinate, how you felt?

Back in the early 1970’s medication for schizophrenia was in its infancy, side-effects were fierce, and although I saw patients become calmer and respond less to things I could not perceive, they never seemed cured. They never returned to that pre-illness self, that self that could talk to me about what it was like to be schizophrenic.

So when I won Kenna McKinnon’s recent contest and the prize was my choice of her books, I didn’t hesitate—I wanted a copy of her THE INSANITY MACHINE.  The fact that this lady, a long-time sufferer of schizophrenia, was able to become an accomplished author amazed and intrigued me.

And her story THE INSANITY MACHINE did not disappoint. I recommend it to all who wish to understand those who suffer alone in a reality the rest of us do not perceive. A great story about a courageous, persistent, positive-thinking lady who faced the figurative devil and moved on to become a great story-teller and an advocate for those who are so often misunderstood, ignored, mistreated.

To read my Amazon review of THE INSANITY MACHINE click here.

McKinnon has also published a book of poetry DISCOVERY - an anthology of poetry . Her most recent release is SPACEHIVE, a children’s SciFi.

Get hooked on a series for only 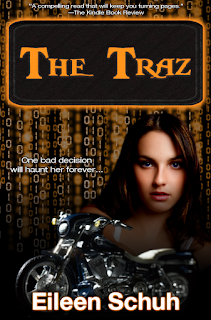